I have not watched a NASCAR Race in a few years now. But Monday night after work and running some errands I sat down to watch a little bit of the Daytona 500. Of course by the time I turned it on it was late in the race and I got to see that last lap wreck coming to the checkered flag. I have never been a big Newman fan but in that moment when he took the lead I was rooting for him to pull off the win. And then he was flipping and skidding for what seemed like forever and I feared a repeat of nineteen years okay, I’m not going to lie. That crash left me shaking hoping for the best but fearing the worst. All night long I was afraid what news would come out of Daytona. So when I saw that video of him walking out of the hospital with his two girls just days after, it brought a tear to my eyes. For Ryan Newman, his girls, his family, his friends, his crew, and his fans I’m glad he is on the road to recovery.

🏈🎀 The five year old is playing football and the four year old is cheering so this past Saturday morning was spent in the blazing sun watching them.

🏁 I don’t follow NASCAR like I used to but I’m not going to lie when I saw the headline Dale Earnhardt Jr was in a plane crash my heart sunk. He was my first NASCAR love. I’m glad him and his family and crew all survived.

🏰 I think we have created a Disney Monster. The other day we had some stuff for the kids so we put it in an old Disney Parks bag we had and as soon at the four year old saw it she asked if we went to Disney without her.

🌅 I purchased Where the Crawdads Sing, looked at it and decided it would be my vacation read when we go to the Outer Banks in October.

📚 I thought I was getting my reading groove back but not really. I think part of the problem is I have so many books I want to read I just can’t decide which direction to head.

I hope everyone is enjoying the July fun on Instagram. I love taking pictures and visiting fun and exciting places, so I am loving being able to share some of my pictures with you. 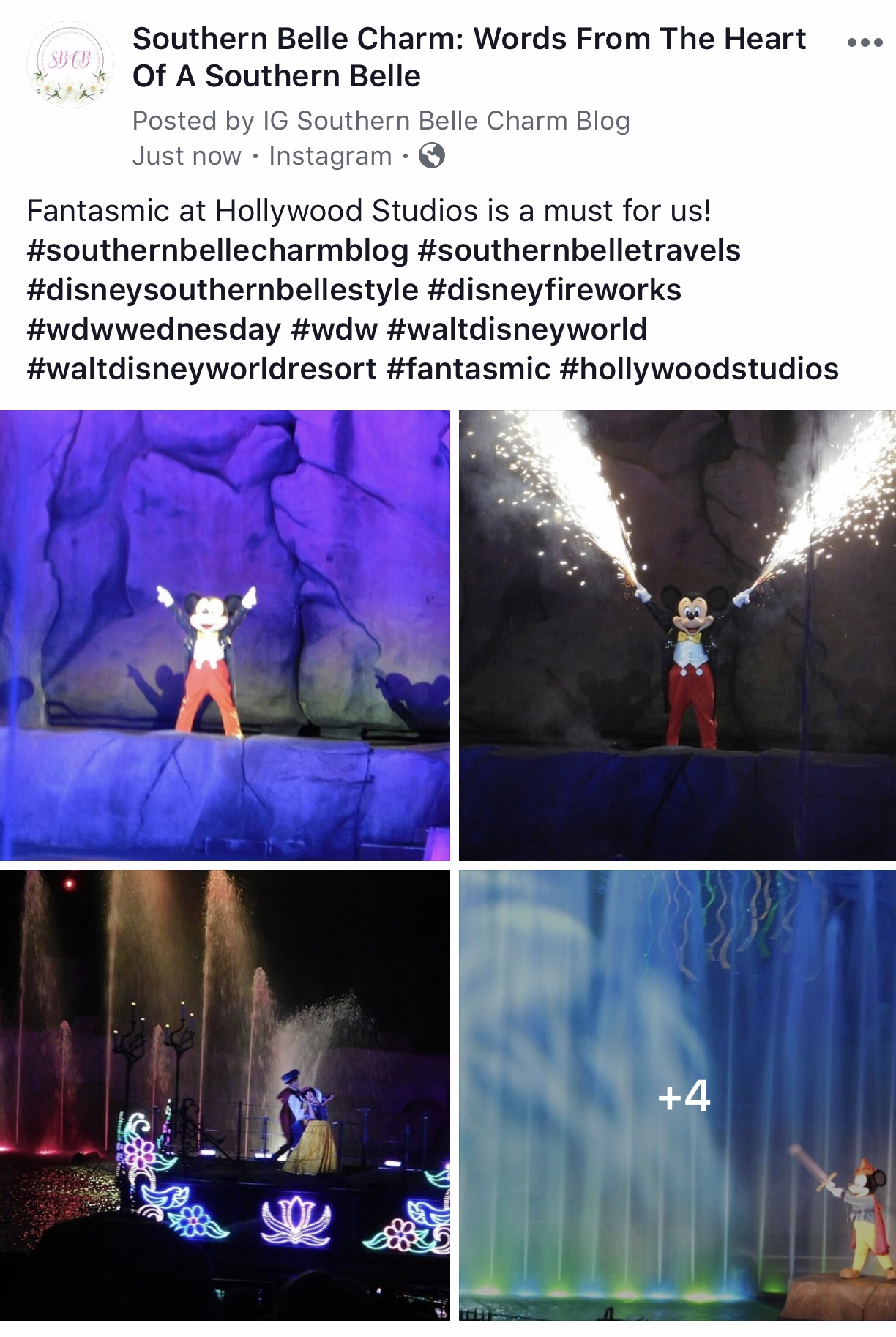 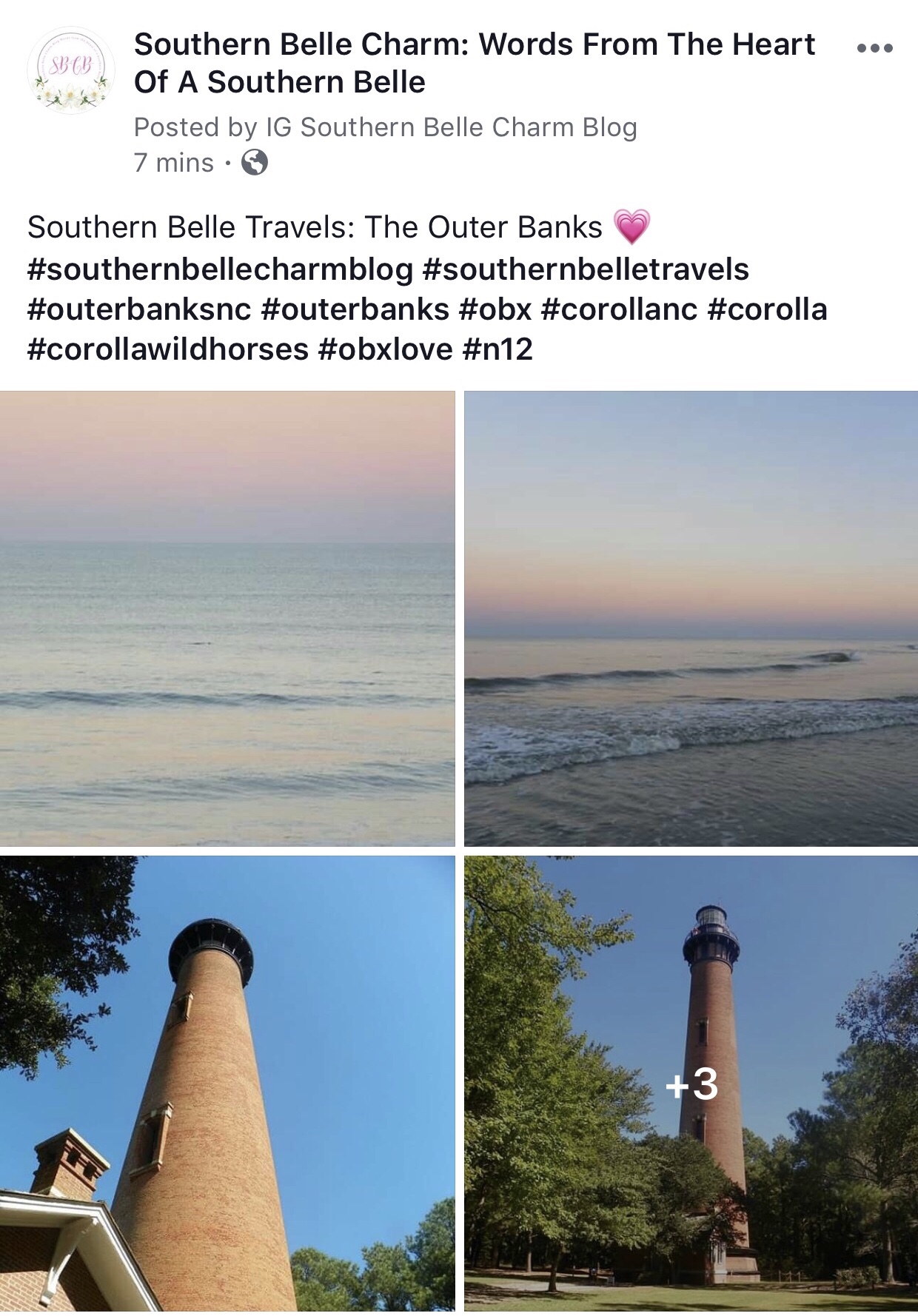 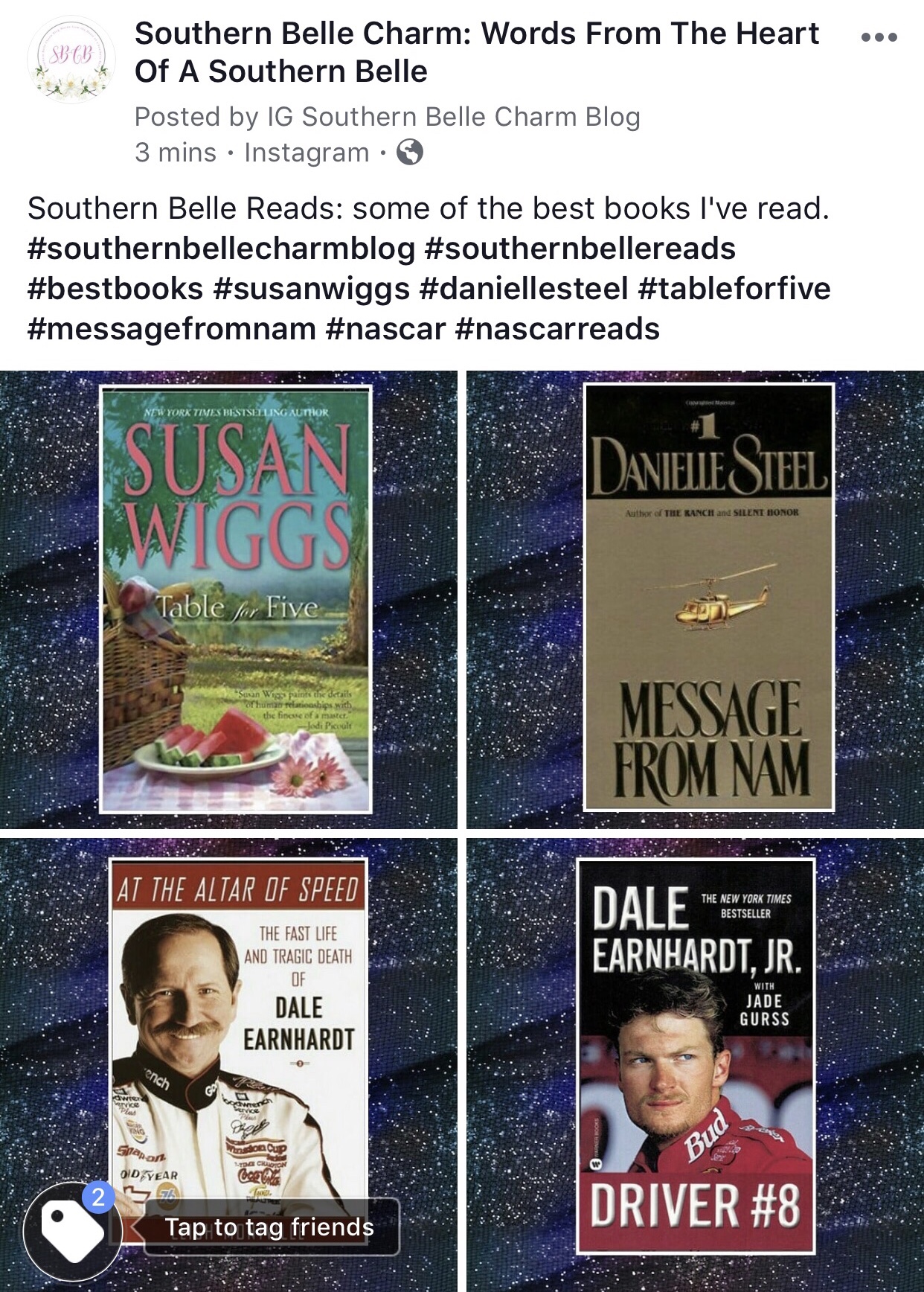 As the 2017 NASCAR schedule is winding down, three races including today’s. It is hard to believe that after the final race of the season Dale Earnhardt Jr is hanging up his fire suite and retiring. I was a Junior fan before I was a NASCAR fan. How does that work you ask? Well I had seen Dale Jr on TV and thought he was cute, so he was my favorite driver, but it wasn’t until after Senior’s death in the 2001 Daytona 500 that I really sat down to watch a race and enjoyed what I was watching. I remember that week while it was yesterday, watching everything I could about it on the news and purchasing the newspapers, books, and magazines. I was in shock that a larger than life person like that was killed during the biggest race of the year. I cried tears of fear when Dale Jr. wrecked early in the next race at Rockingham and tears of happiness when Steve Park, driving one of the cars owned by Dale Sr., won the race. And the tears were really flowing when Dale Earnhardt Jr won the July Daytona race. I was excited when Dale Jr. decided to make the move to Hendrick and even more excited when they moved the 48 and 88 into the same shop, my two favorite drivers coming out of the same shop, they were going to be unstoppable, and for a while they were the it team. But then Dale Jr had that hard wreck last year, at Kentucky none the less, and the retirement gears started turning. It is going to be weird not having a “Dale Earnhardt” racing (and not just because of an injury). But I wish Dale luck and he is going to have a new little baby to keep him busy. And I know this does not been he is leaving racing completely, it’s just a little sad for a long-time Earnhardt fan like myself to see him walking away without ever winning a championship. And I know there will be more tears flowing in a few weeks when they race that final race at Homestead Miami.

Well my boys of the track are back!  I guess the big question looping as the Daytona 500 inches closer, can Jimmie become the first driver to ever win eight championships? Or maybe this will be Dale’s year?  I’m sure missing have of last season and getting married during the off season has give Dale a new driving force.  I know he didn’t leave too much dust under his tires already capturing a front row starting spot for the 500.   Between Dale’s return, Jimmie’s drive for eight, Tony Stewart and Carl Edwards retiring, a new title sponsor, new young drivers, and changes to the championship points, I think this season could get very interesting!

I don’t get to watch NASCAR as much as I used to but I still root for Jimmie Johnson to win every week.  It’s strange right now to have NASCAR without Dale Earnhardt Jr racing right now.  But I guess it is a taste of things to come he is not getting any younger.  What might have been even stranger is watching Jeff Gordon sub for him a few times.  For me it was odd seeeing Gordon drive somthing other than the 24 car and subbing for an Earnhardt.  I know they were teammates over the past few seasons but to me it was still odd.

It is with a heavy heart that I write this… I think I am done completely with NASCAR.  I have tried but I do not like this new chase format and I can not and will not get used to it.  Goodbye NASCAR you just lost a fan.

I was deeply saddened by the news that NASCAR Announcer Steve Brynes passed away on Tuesday.  My thoughts and prayers go out to his family and friends.  He was a great announcer and I’m sure to those that loved him an even better father, husband, and friend.  Another gone way too soon.

As always I am a day late and a dollar short but I guess that is how I am going to live my life.  So a few weeks ago Jeff Gordon made a shocking announcement.  This will be his last full season in NASCAR.  Wow!  I had to pick my jaw up off the floor when I heard that one!  Not that I am a Gordon fan but he is giant in the sport, like him or hate him.  I don’t see him leaving NASCAR though.  I think he will do like Dale Jarrett, Rusty Wallace, and Darrell Waltrip before him and find a spot in the TV booth somewhere.  And I think that would be a good job for him.  He will have the best of both worlds still be in NASCAR but with not as much of the travel so he can spend even more time with his kids.  Now just because this is going to be Gordon’s last year that does not mean I want him to win the Championship this year, that is something for Jimmie Johnson and only Jimmie Johnson to win in my eye.

Sunday was the five week mark till the start of the 2015 NASCAR Season.  The Daytona 500!  Normally this time of year I am on the edge of my seat waiting for Daytona but this year not so much.  I guess it’s knowing that same stupid championship format is going to be there again this season that has me not looking forward to the start.  I want to be excited for the start of the season I really do but I’m just not feeling it this year.  Hopefully Jimmie can come back this year, maybe that will make me feel better.  Him winning the championship would still not change the way I feel about this new system but  I would be happy for a seventh championship.  Guess we will have to see what happens this year.  Maybe it will be Juniors year.