I will admit I loved the Weekday Bride Series so much that I was a little nervous to start a new series of books by Catherine Bybee.  I love her books and writing don’t get me wrong but was I going to love these new characters?  Well I do!  And “Doing It Over” far exceeded my expectations.

Melanie Bartlett has had a rough life dropping out of college and having a child with a man who doesn’t want to be a father, so for her to return to her hometown for her tenth high school reunion comes with some mixed emotions.  Ms. Bybee did a great job of catching the essence of a child in the character of Hope Bartlett, Melanie’s daughter, from climbing trees to loving puppies.  The first person Melanie meets on her way back into town is handy man Wyatt Gibson.  Wyatt is a bachelor and finding love is the last thing on his mind.  But all that is about to change once Melanie and Hope Bartlett come to town in “Doing it Over”, the first book in an all new series by Catherine Bybee.

I loved single mom Melanie Bartlett, her daughter Hope and handy man Wyatt Gibson from the start.  Add in a whole list of other loveable characters and I couldn’t help but fall in love with River Bend.   For me it was like reading a Nicholas Sparks novel with twist and turns along the way but love all the way through.  I can’t wait for the second book now.  I just wonder which of Melanie’s two best friends will be finding love in the next book of the series. 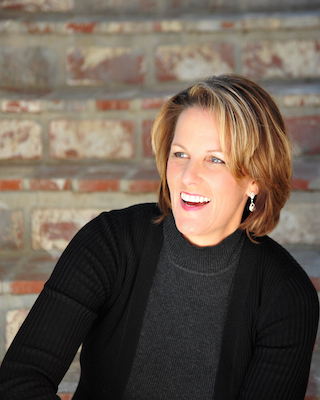 New York Times & USA Today bestselling author Catherine Bybee was raised in Washington State, but after graduating high school, she moved to Southern California in hopes of becoming a movie star. After growing bored with waiting tables, she returned to school and became a registered nurse, spending most of her career in urban emergency rooms. She now writes full-time and has penned the Weekday Brides Series and the Not Quite Series. Bybee lives with her two teenage sons in Southern California.

Most Likely To Series, Book One

Voted Most Likely to Succeed, Melanie Bartlett ended up anything but. The down-on-her-luck single mom wants a complete do-over—is that too much to ask? With her family long gone from River Bend, strong, independent Mel is as surprised as anyone to end up in the quaint small town she once called home. But with her friends, Jo and Zoe, by her side, and a comfortable room at Miss Gina’s quirky bed-and-breakfast, she just might have turned the corner on a new life.

Wyatt Gibson never liked the big city. River Bend suits the ruggedly handsome builder just fine. Wyatt knows he’s home, even if that means being charmed by the appearance of Melanie and her spunky, adorable daughter. Is Wyatt’s calm devotion—even amid a coming storm—enough to convince Mel she may have found a home to call her own, a family that never leaves, and a true love to last a lifetime?

Praise for Doing It Over

“The romance between fiercely independent Melanie and charming Wyatt heats up even as outsiders threaten to derail their newfound happiness. This novel will hook readers with its warm, inviting characters and the promise for similar future installments.” –Publishers Weekly

“This brand-new trilogy, Most Likely To, based on yearbook superlatives, kicks off with a novel that will encourage you to root for the incredibly likable Melanie. Her friends are hilarious and readers will swoon over Wyatt, who is charming and strong. Even Melanie’s daughter, Hope, is a hoot! This romance is jam-packed with animated characters, and Bybee displays her creative writing talent wonderfully.” –RT Book Reviews, 4 Stars

One thought on “Doing It Over Blog Tour”